Merry Christmas to all and have Happy New Year!

To all Post members: Please renew your memberships.  If you can before the end of the year, all the better – Thank you!

You can renew online by going to http://www.mylegion.org

or come to a meeting and bring cash or check.

Here is another example of Veterans helping Veterans by members of AL Post 170.  A Veteran and Post member called to say he had to clear out his mother’s apartment in a Senior Living Complex in Canon City and he wanted to donate it to the Post for our annual yard sale.  Word went out and a volunteer stepped up and a crew was formed and a date and time set and 7 Post members:  Joy & Larry Lowe, Sherman & Kim Frahm, John Carroll, Jim Bidwell, and Jim Qualey – met at the apartment and brought back a trailer full of furniture for the yard sale.  That morning (Jan 29, 2019) at a quick stop at VALI it was discovered that they had two pieces they wanted to donate.  So, after dropping the Canon City donation off at the storage unit, we stopped at VALI and picked up their pieces and stored them.  Here is the crew hard at work and a thankful after party. 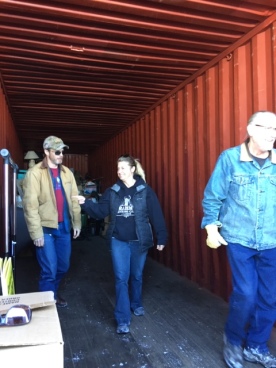 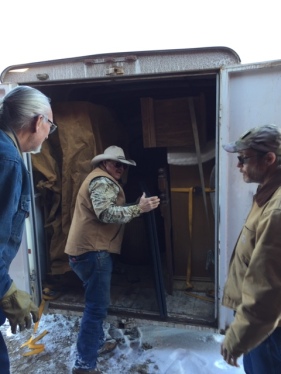 On January 8, 2019, Westcliffe Post 170 celebrated the 100th anniversary of the formation of the American Legion.   The American Legion is our nation’s largest wartime veterans service organization, committed to mentoring youth and sponsorship of wholesome programs in our local communities, advocating patriotism and honor, promoting strong national security, and continued devotion to fellow service members and veterans.   Post 170 members and along with some family members commemorated the anniversary with a special dinner at Sangrita’s restaurant.  The evening ended after the group enjoyed five different kinds of cake, each cake representing one of our nation’s military services.

“The American Legion was chartered by Congress in 1919 as a patriotic veterans organization. Focusing on service to veterans, service members and communities, the Legion evolved from a group of war-weary veterans of World War I into one of the most influential nonprofit groups in the United States.  Membership swiftly grew to over 1 million, and local posts sprang up across the country.  Today, membership stands at over 2 million in more than 13,000 posts worldwide.  The posts are organized into 55 departments: one each for the 50 states, along with the District of Columbia, Puerto Rico, France, Mexico and the Philippines.  Over the years, the Legion has influenced considerable social change in America, won hundreds of benefits for veterans and produced many important programs for children and youth”. 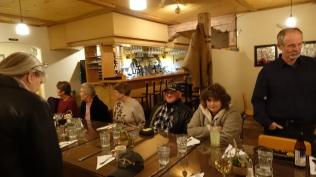 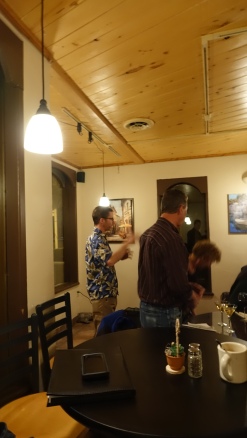 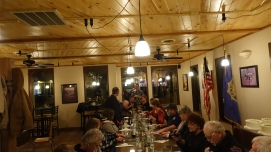 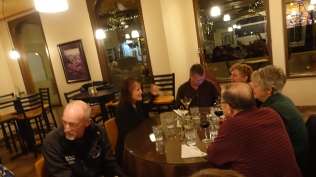 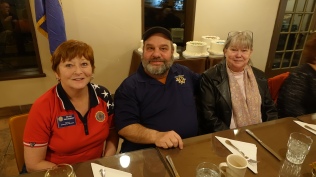 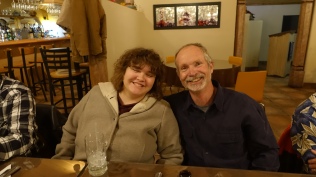 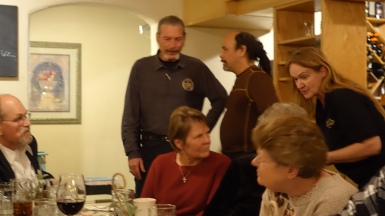 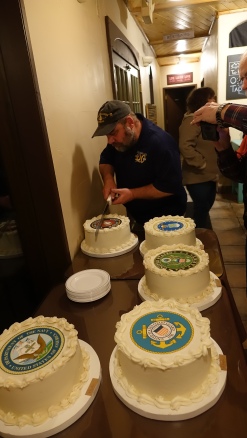 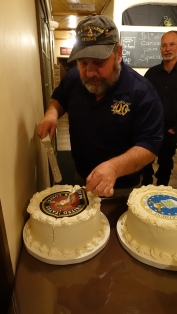 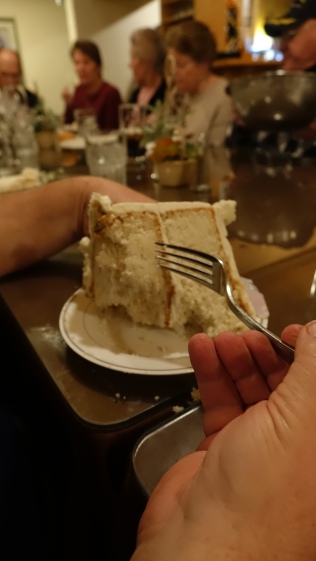 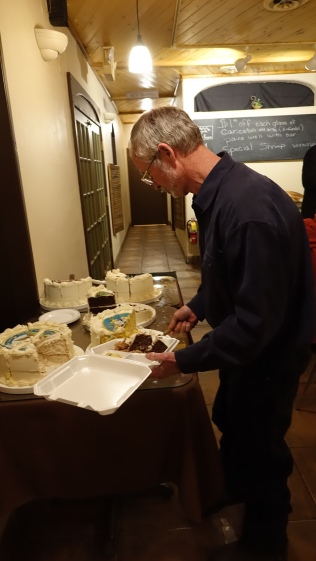 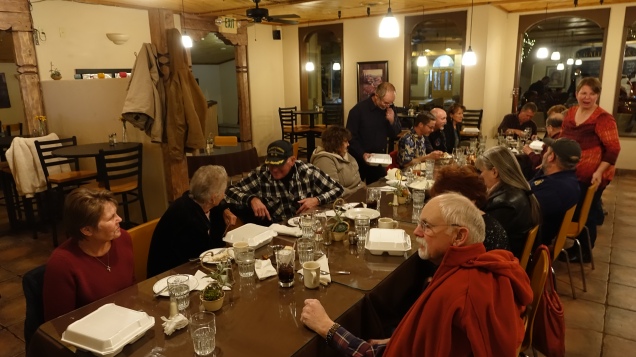 On December 14, 2018, 18 people (Post members and along with some family members) attend a Christmas Card writing party at the Saddle Club.  Thanks to their efforts, 2100 Christmas Cards were written and sent to deployed troops from Fort Carson Army Base in Colorado Springs.   Thanks to Charles Bogle and Jim Bidwell for their efforts in coordinating this event. 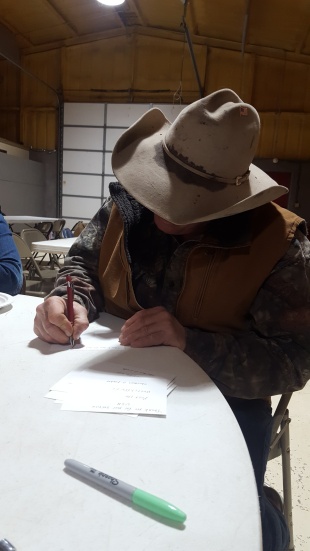 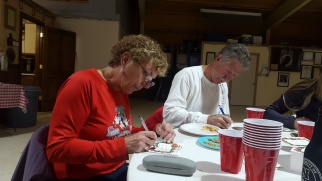 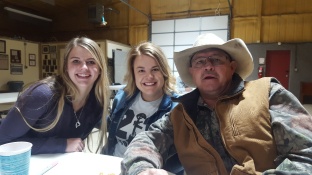 The Post is proud to sponsor the newly rechartered Cub Scout Troop 114. Thank you to the pack members who attended to present the charter, to Ted Johnson for his leadership, and to Doug Burgdorff for his dedication and hard work in reforming the pack, as well as leading it. Thank you also to those hard working leaders and committee members who were unable to attend the ceremony. 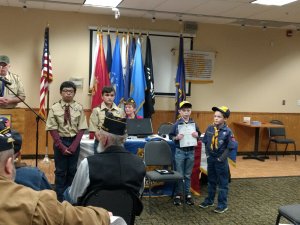 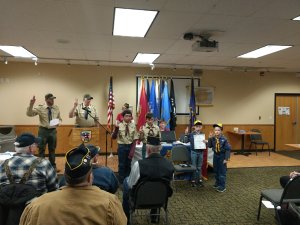